I had 2 young toddler age girls, no real savings to speak of, was taking some college courses, and had a some what time consuming role in my church.

(The commission job with the bank was definitely a step up filled with opportunity but everything would be based on my performance…and my ability to sell.)

The second job I took was with a company I had done some work for before called Roadway Package Systems a delivery company later bought out by FedEx.

I worked 10:30pm-2:30am 5 nights a week unloading boxes out of the backs of 53 foot long semi trucks.
This was in Phoenix, AZ and in the summer there were nights that it felt like it never dropped below 90 degrees and it was at least 100 degrees in the back of these tractor trailer metal box like compartments that I unloaded boxes from.

Because I had experience driving I also played the role of “switcher” where I would drive this mini semi looking vehicle over, back up and hook up a 53 foot trailer and then reverse park it into a bay so me and others could unload it.

In and out of the truck I went, back brace on, back brace off, moving trailers, unloading packages, and sweating profusely.

I did all of this for an extra $1,000 a month so I could reduce the calculated risks in my new mortgage banking career. I could have saved money first. I could have waited for the right time when I didn’t have so much going on but I was impatient.

There can be power in impatience.

I was taught that it might take me 500-1,000 hours to become knowledgeable enough, experienced enough and established enough to really start making good money consistently. I could spread those hours out over years or over months.

I wanted to collapse time frames as much as possible.
We all do the best we can with what we have to work with. My journey isn’t your journey but when people ask me how I’ve created success in my life one of my answers is to start fast putting a lot of time in right from the beginning.

It’s said a space shuttle might use 80% of its fuel just leaving the earths atmosphere but it only needs the other 20% to go all the way to the moon and back again.

I believe it’s the same in forming good habits or launching profitable businesses. So much has to be done in the start to put the odds in your greatest favor. To delay and drag out the start means that many times we will run out of energy or fuel to see something through.

I remember when I expanded my business into Beverly Hills in 2013 learning the publicity business. There were some nights that I slept in office there was so much to do.

(One night I almost gave a cleaning woman a heart attack when she walked into my office in the middle of the night to get the garbage. When she found me hunched over my desk taking a “power nap” she starting shrieking and breathing really heavy quite upset. Most of what she screamed was in Spanish but basically she thought she walked in on a dead body. ”)

If done right we can benefit from early wins to get positive momentum to carries us through. You are much more likely to quit if you drag out the toughest part…the start.

Sometimes second jobs, sacrificed sleep, and laser like focus is paramount on the road to success.
What’s your next venture or power play?

Most opportunities have a cost, a price to pay and a sacrifice attached. Many people can’t afford their dreams because they aren’t able or willing to pay that price or make that sacrifice.

What will it take for you to afford your dream(s)? 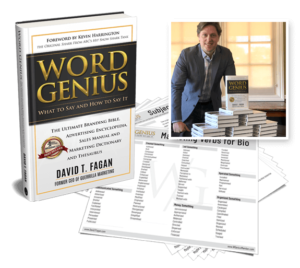